IS YOUR CHIMNEY READY FOR THE FESTIVE SEASON?

“When Santa got stuck up the chimney, he began to shout,”
“You girls and boys won’t get any toys if you don’t  pull me out!” (Traditional)

Don’t let this happen to Santa at your house – Ensure you’ve had your chimney swept before the festivities start. You can find a local chimney sweep here

Don’t forget to stock up on your solid fuel & wood
Order your fuel well before the Christmas Holidays from your local merchant here – Don’t wait until the last minute or you may be left in the cold !

Carbon Monoxide Detectors & Smoke Alarms
Is your Carbon Monoxide Detector and Smoke Alarm in good working order. Test your alarms at least once a week to make sure that they are fully working. If you are in any doubt whatsoever replace the alarm or detector. Carbon monoxide detectors and smoke alarms are available at most DIY/Hardware stores and Supermarkets for just a few pounds –  It Could Save Your Life!

It’s a good idea to plan for your chimney to be swept in the Spring or Summer months and to carry out any necessary servicing and maintenance of your appliance at the same time. The best tradesperson to contact is a professionally qualified chimney sweep who can provide a comprehensive service to ensure you can start the next heating season fully confident that your home and you will be safe.

Go to the Useful  Links section of this website and scroll down to Chimney Experts to find your local sweep.

BURNING SMOKELESS FUEL VERSUS LOGS ON A MULTI FUEL STOVE

Why you shouldn’t be worried about using your wood burners or multi fuel stoves – Dispelling the myths!
Contrary to some newspaper reports the Government doesn’t want to stop people using their .stoves neither do they intend to ban any stoves. What they have said is they could phase out or ban the most polluting fuels. Using the correct fuel, keeping your stove maintained and using your stove at the right temperature by using the air controls will all help to reduce pollution.

We can all make a difference by the way we use our stoves whether it is by improving the maintenance of the stove and keeping your chimney clean or burning only those solid fuels which have less than 2% sulphur or wood that has less than 20% moisture usually described as seasoned or kiln dried wood. How do you know if you are burning the correct fuels? Manufactured solid fuels that contain less than 2% sulphur and anthracite are described as Authorised Smokeless Fuels and will also be approved by HETAS and will usually show the logo for the Approved Coal Merchants Scheme.

Wood that is seasoned or kiln dried will usually mention it on the packaging and there is a logo that you can look out for which is the Woodsure Ready to Burn logo. On no account should you be burning wet wood as not only will it produce many harmful particulates, if your chimney has a flexible liner over time it will probably ruin the liner as well as not producing much heat into the bargain, this is because it takes a very long time to burn off the moisture contained in wet wood.

As well as the media confusion over the Clean Air Strategy, it should be made clear, until the Government publish their response to their Domestic Burning of solid fuel and wood Consultation, we do not know what their final recommendations will be to reduce emissions from domestic burning. The Clean Air Strategy gives us a good indication of what actions they have decided will reduce emissions from the use of solid fuels and wood in the home, but nothing has been finalised until they set out their proposals for legislation which they have said should be published in early 2019.

ALWAYS BUY YOUR FUEL FROM AN APPROVED COAL MERCHANT

If you are a coal user you may have been alarmed by recent newspaper reports that the Government may ban bituminous house coal in England. Please be reassured that if there is a ban we believe it will be several years until it comes in but remember nothing has been decided.

Therefore, should these reports come to fruition you can rest assured that coal merchants will have plentiful supplies of manufactured solid fuels and anthracite available as very good alternatives to bituminous house coal. These alternatives can give more heat, less ash, last longer and are less polluting to the atmosphere. Speak to your Local Approved Coal Merchant or for more information please contact the Solid Fuel Association.

CARBON MONOXIDE SCARE COULD HAVE BEEN AVOIDED!

An incident in Devon which triggered a family’s CO alarm could have been avoided by the occupants storing any hot ashes outside their property. 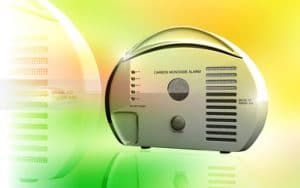 The report in the North Wales Daily Post newspaper had a startling headline ‘The hidden carbon monoxide danger for families even if wood burning stoves or coal fires are safe’ www.dailypost.co.uk/news/north-wales/wood-stove-fire-carbon-monoxide-14056334 . The headline may have caught many peoples attention but dealt with correctly hot ashes should not be dangerous. Hot ashes should be taken outside and left to cool down before disposing. Keeping them in a bucket smouldering indoors is probably the worst way to deal with any hot ashes but fortunately the family concerned had a carbon monoxide alarm which did its job.

This unfortunate episode just shows how important a carbon monoxide alarm can be, in this instance it could even have been a lifesaver.

Remember to test your smoke and carbon monoxide alarms regularly.

Ensure that your Carbon Monoxide Detectors are in good working order. If you are concerned that they are old and might not be in tip-top condition, buy new ones. You can buy them from most DIY/Hardware stores and supermarkets.

KEEP SAFE WITH THE SFA

“Safety Guide for Solid Fuel Users” is available for download from this site. The guide clearly highlights the three golden rules of safety for solid fuel – proper ventilation, regular sweeping and the correct fuel.
This guide is also available as an A4 double sided leaflet from the SFA and can be ordered on our literature page.
As well as the private solid fuel user, the guide may be of particular interest to local authority housing departments for distribution to their tenants.
… download here

WHAT HAVE DOGS, CATS AND MICE GOT TO DO WITH SOLID FUEL?

Here are just some of the benefits of Solid Fuel and Wood heating systems:

A Solid Fuel Heating System could save you money and add to your comfort and security.

There are certain health benefits associated with the open flue function that is necessary for combustion in all solid fuel appliances. The open flue way not only removes the products of combustion safely out of the home but also draws in fresh supplies of air. British Standards specify the minimum ventilation rates for various rooms in domestic dwellings – gas radiant fires and electric heating compare poorly with solid fuel in this respect.

Medical research has demonstrated that people living in houses with solid fuel heating are significantly less likely to suffer from asthma and hay fever compared to those living in houses with other forms of heating. Your chimney has other benefits too. It acts as a heat store and will release heat into the dwelling after the fire has gone out.

NO CHIMNEY ? - NO PROBLEM

Installing a chimney these days is not as difficult as you might think. There are specialist installers who can survey your home, provided a quotation and undertake the most suitable installation. With a chimney available, the choice of solid fuel appliances is vast. Contact us for free advice and information.

SAVE MONEY BY BUYING FUEL IN OPEN SACKS

If you buy your fuel in prepacks from cash & carry outlets, consider saving money by buying in open sacks from your local coal merchant. The fuel will be delivered directly to your bunker or if you haven’t got a bunker they can deliver in prepack bags also.

THINKING OF RENEWING OR UPGRADING YOUR SOLID FUEL HEATING SYSTEM?

Let industry experts guide you every step of the way. The Solid Fuel Association has a range of leaflets (many of them you can download from this site) that will tell you all you need to know about solid fuel heating. More than that – we can give you advice on all aspects of solid fuel heating to the choice of appliance and fuels. There are many experts who we can direct you to such as HETAS registered installers and the National Association of Chimney Engineers (NACE) or help you with suppliers for appliances and ancillary products.

A HETAS Registered installer can come and give you a quotation for all your heating requirements. In addition, we can help you with many of the technical aspects and guidance on Building Regulations.

So, if you are thinking of updating or putting in a new solid fuel or wood burning system, get in touch.